An insight into how Miner's rule is used to conduct fatigue assessments.

We have recently welcomed Tareg Aldeeb as the latest engineer to join the DOCAN consultancy team. Tareg comes with some great skills to complement the existing team, one of which is a great understanding of the application of conducting fatigue assessment in engineering analysis.

Tareg has put together a short article, discussing some of his experience and interesting work he has been involved with below. Hopefully, you’ll find it an interesting read…

Fatigue is the main cause of failure in metals; therefore, it is very crucial that fatigue damage assessment is taken into account before building your design in order to reduce the financial cost of the project by not making any redesign or changes in the future due to fatigue failures, saving you time and money.

The first description of term “fatigue” was introduced by ISO in Geneve:

“Fatigue is a process of progressive localized permanent structural changes occurring in a material subjected to conditions that produce fluctuating stresses at some point or points that may culminate in cracks or complete fracture after a sufficient number of fluctuations”.

To assess the fatigue damage, we typically use a rule called Miner’s rule; a universally used rule for predicting fatigue life under Random Amplitude Loading (RAL). This rule postulates that the damage caused in a random level of stress amplitude m in load history σk (1≤k≤m) is the summation fraction of applied cycles at stress level σk and the number of cycles to failure obtained from the S-N curve at stress level σk. Therefore, failure is predicted when the damage reaches unity. In mathematical form the Miner’s rule can be expressed by:

This rule is currently used worldwide in engineering designs and applications due to its simple form, the minimal number of parameters needed, and ease of use. Since Miner’s hypothesis was introduced, experimental studies demonstrated that Miner’s rule can sometimes predict invalid results, as it inherently suffers from many deficiencies such as neglecting the effects of load sequence and load history.

Additionally, experimental studies showed that the summation of fraction cycles for high-low (H-L) amplitude loading is less than unity, whereas the summation of fraction cycles for low-high (L-H) amplitude loading is higher than unity. Therefore, developing a more reliable model has recently received significant attention from researchers (such as myself) studying Variable Amplitude Loading (VAL), and many fatigue damage models have been proposed over the years. Their work relies on assessing the change in the fatigue parameters, based on which a new nonlinear fatigue damage model is proposed to present the effect of the load sequence and the effect of the load interaction on damage accumulation under such conditions.

Noting that DOCAN are now distributors of the Dassault Suite of products, including ABAQUS and FE-safe, I’m really looking forward to getting in applying what I’ve gained from research into solving our clients’ engineering challenges. 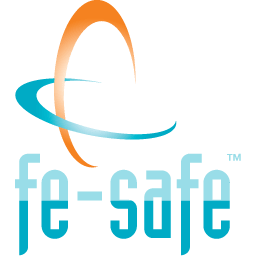 An insight into the 3DEXPERIENCE Cloud Platform

One platform, one solution with limitless functionalities to bring all aspects of your ...

Energy is an incredibly nuanced field and renewable engineering can face complex challe...

The applications of 3D printing in engineering

Exploring the techniques behind 3D printing and how it can be applied to engineering pr...