Home / Resources / News / The applications of 3D printing in engineering

The applications of 3D printing in engineering

Exploring the techniques behind 3D printing and how it can be applied to engineering projects.

3D printing has rapidly become one of the most important 21st century inventions to date. Whilst the technology was initially developed back in the 1980s, it wasn’t until recent years that widespread use of 3D printing began, due to an increase in affordability and advancements in software and machinery.

3D printing has transformed the engineering industry and is a technology that we here at DOCAN utilise in many of our engineering consultancy projects.

In this blog, we’ll take a look into the methodology behind 3D printing, and how it’s used in various engineering applications.

What is 3D printing?

Also known as additive manufacturing, 3D printing is a method which is used to create three-dimensional objects from computer-aided designs.

The CAD model can be anything from a complete structure to a small component, and the end result is a solid model which has been built up layer-by-layer according to set parameters.

3D printing provides the perfect solution to engineers looking to create prototypes, as it’s capable of producing life-like models of complete buildings, even those with the most complex internal structures and geometries.

The accuracy of the process gives engineers greater control over prototype designs, enabling any problems in the structure to be addressed quickly and more efficiently without huge cost implications. This means that project development time can also be reduced substantially, providing many cost-saving benefits. 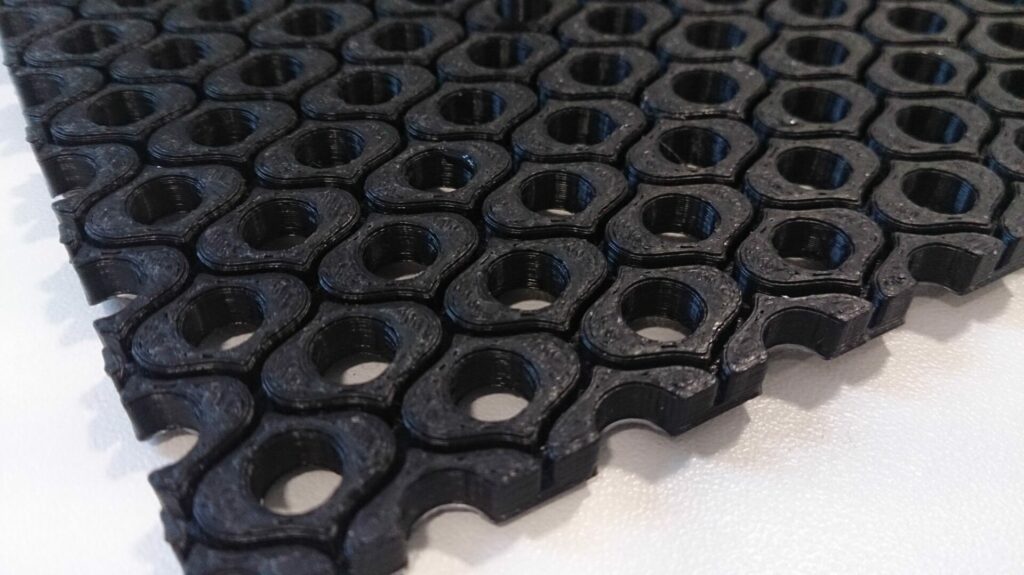 The different types of 3D printing

3D printing is a technology that has been heavily invested in developing further, and as such, there are many different types of 3D printers which utilise varying methods. The three most popular methods are:

Also known as resin 3D printing, stereolithography was the first technology of its type to be developed, and remains one of the most popular methods chosen due to its versatility and accuracy.

SLA printing machines use a light source, which could be a laser or projector, to cure liquid thermoset resin into hardened plastic to produce a three-dimensional model.

The process involves a platform being lowered into a layer of liquid thermoset resin. UV lasers are then directed through a transparent window at the bottom of the resin tank, drawing out each section of the structure by selectively hardening the resin. This process is repeated for each layer until the model has been built.

The model is then removed from the machine and rinsed with isopropyl alcohol (IPA) to remove any uncured resin before being cured to strengthen and solidify.

SLA printing is the preferred method when high accuracy and particularly intricate details are required. It’s a great choice for small components and produces watertight prototypes with the smoothest surface finish of all printing methods.

Advancements in this technology have seen resin formulations produced that match the properties of industrial thermoplastics used in engineering.

The process begins with a thin layer of polymer powder on a platform which is preheated to below the melting point of the raw material. A laser scans a cross-section of the model, heating the powder in specific sections at the materials melting point to fuse the particles together and solidify a part. This process repeats, with the platform being lowered each time and new sections of the polymer being lasered to solidify until each layer has been created.

Once the structure has cooled, the finished parts are removed, cleaned, and undergo post-processing.

SLS printing is ideal for producing complex geometries and is often used for functional prototypes and end-use parts.

Nylon is the most widely used material in SLS printing as it produces strong and sturdy models with outstanding mechanical properties which protect it against external impacts such as chemicals, heat and water.

Fused Deposition Modeling can be seen as the simplest method of 3D printing which is used for product development across a wide range of industries including dentistry, jewellery and manufacturing.

By design, FDM printers are relatively easy-to-use low-cost desktop machines which open them up to more widespread consumer-level applications.

The process involves forcing a polymer-based filament through a heated nozzle which melts the material and deposits it in individual layers on the build platform. Each layer of polymer fuses together whilst still warm, which leads to the creation of a 3D model once the build is complete.

Unlike SLA or SLS printing, FDM is typically not the best 3D printing choice when it comes to complex or intricate designs due to lower resolution and accuracy, but is a great low-cost solution for simple prototypes and proof-of-concept models.

3D printing offers endless possibilities in the field of engineering, with some of the most common applications including:

3D printing is undoubtedly one of the most time-efficient and cost-effective methods for engineers to produce proof-of-concept models.

Design ideas can quickly be brought to life and components can be tested in operational environments to demonstrate how they perform in line with real-life expectations. This gives engineers the opportunity to revise and review designs, addressing any problems in the first instance before initiating full-scale development. 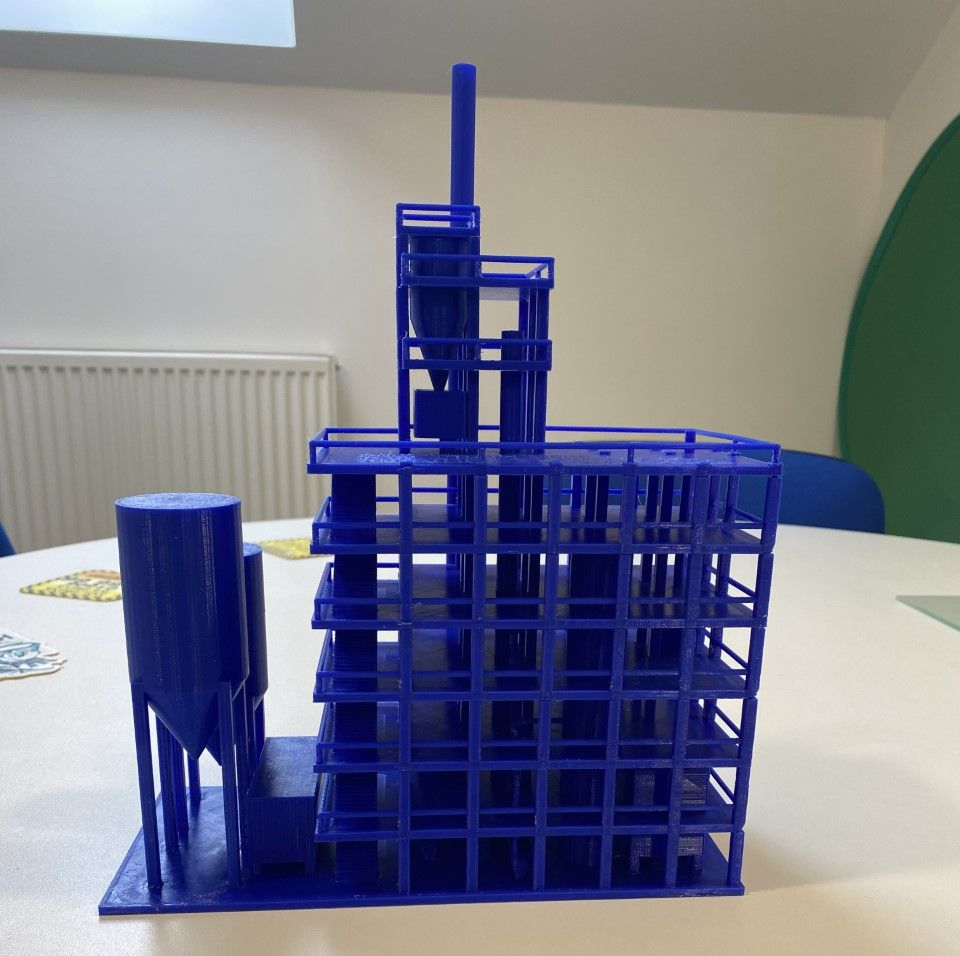 3D printing can be a cost-effective way to produce end-use parts that are ready to market, sold either as a standalone product, a sub-assembly or a component within a product.

This can be applicable to a number of different industries looking to make parts quickly and cheaply in-house without the need for commissioning large-scale manufacturing.

Similarly, 3D printing techniques are often used for low-volume production of complex parts. This makes it feasible for smaller businesses to produce a lower number of units to be produced, without costly manufacturing processes and long waiting times.

DOCAN specialises in the application of 3D printing technology, implementing a variety of techniques.

As an engineering consultancy, we work within a broad range of engineering disciplines and industries, offering solutions for highly complex challenges in structural design and integrity. We often utilise 3D printing to support our consultancy projects and bring added value to our clients.

We have the capabilities of creating 3D CAD geometry and producing small-scale models, as we recently did with the production of a plant model for one of our clients in the renewable industry. We’ve also produced a range of cost-effective end-use parts for our clients using 3D printing, including assembly gauges for one of our oil & gas clients who required quick and efficient fabrication. 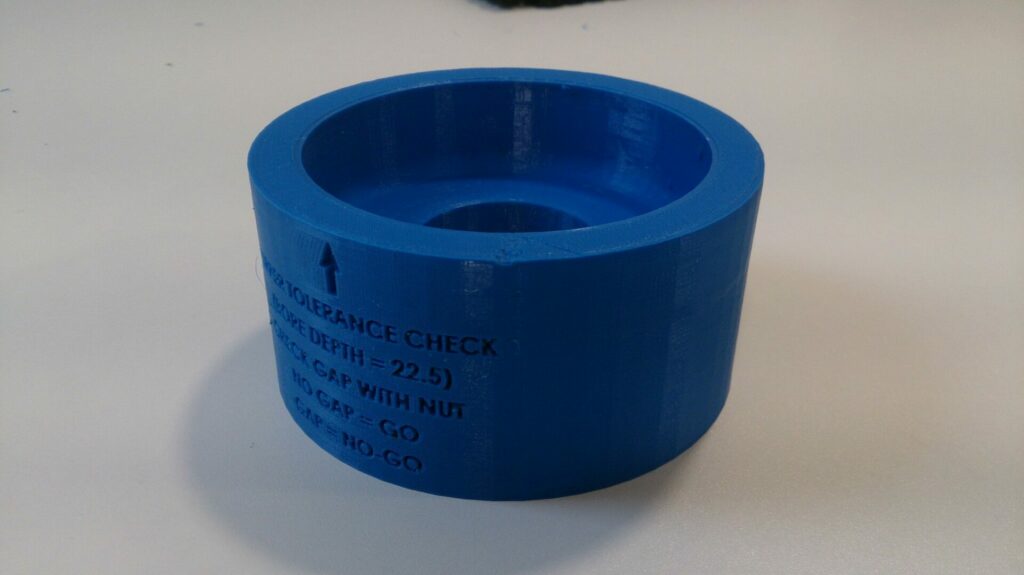 The method also supports our reverse engineering services, allowing us to generate detailed 3D scans of components to provide accurate dimensional drawings in order to reverse engineer your requirements. Read more about how we did this for a client in the manufacturing industry.

If you’re looking for experienced 3D printing specialists to aid your engineering requirements, get in touch with DOCAN.

An insight into the 3DEXPERIENCE Cloud Platform

One platform, one solution with limitless functionalities to bring all aspects of your ...

An insight into how Miner's rule is used to conduct fatigue assessments.

Energy is an incredibly nuanced field and renewable engineering can face complex challe...

Want to know if we can help with your project? Contact us today